The practice of collecting tithes (literally a 'tenth part') was first mentioned in England in the 8th century. Every parishioner in a tithable parish was obliged to contribute a tenth of his produce to the rector, who stored them in a tithe barn, although sometimes monasteries received them instead.

The practice continued in England and Wales for centuries, although from 1391 a portion of tithes was held to support the poor people of the parish. After the Dissolution of the Monasteries in 1538, some tithes passed into secular or Crown ownership.

In the 17th and 18th centuries, many Nonconformists objected to supporting the Church of England in this way. Meanwhile, a growing practice of commuting tithes to cash payments was observed.

Some records of this survive in the form of private Acts of Parliament, and county record offices often hold some parish tithe books.

Commuting tithes was formalised by the Tithe Commutation Act 1836, which evaluated land values to calculate what was due as a 'rent charge'. Akin to the Domesday book of the 11th century, this meant that the records were taken of land ownership and occupancy, land use and sizes, and the rents to be paid. This affected everyone – from aristocracy to peasantry – meaning that all levels of the social hierarchy found their way into tithe records. These are now a major resource for family historians that just pre-dates the era of useful censuses and civil registration.

Now for the first time more than 11 million tithe records can be searched and viewed thanks to leading data website www.TheGenealogist.co.uk. They reveal a wealth of information about people, places and landmarks in the Victorian era.

The site is releasing the records in a series of stages. The first, already online, reveals all tenants and landowners from more than 11,000 parishes (10,871 in England and 959 in Wales). This means you can discover whether your ancestors were landowners and how their land was put to use or, if tenants or occupiers, which plots of land they were living or working on.

The second phase of the project, following in Spring 2014, will link images of microfilmed tithe maps with the plot references. The third phase, for 2015, will digitise the huge original map in colour for each county at high resolution. This will be a unique opportunity to see where your ancestors lived or worked in precise geographic details.

The Tithe Apportionment records in the collection have been reproduced from The National Archives series IR29 and IR30. The original records were drawn up between 1836 and 1852, but subsequent alterations to apportionments were recorded and the overall collection spans the 1836-1936 period.

TheGenealogist.co.uk has digitised tithe apportionments: they can reveal fascinating details of land ownership or occupation

Start your quest at www.thegenealogist.co.uk – here we are looking for anyone with the surname Rudgard in the parish of St Swithin, Lincoln. In your list of results, the icon brings up a transcription (left icon) or a scan of the original apportionment record (right icon) – see below for what each of these looks like. 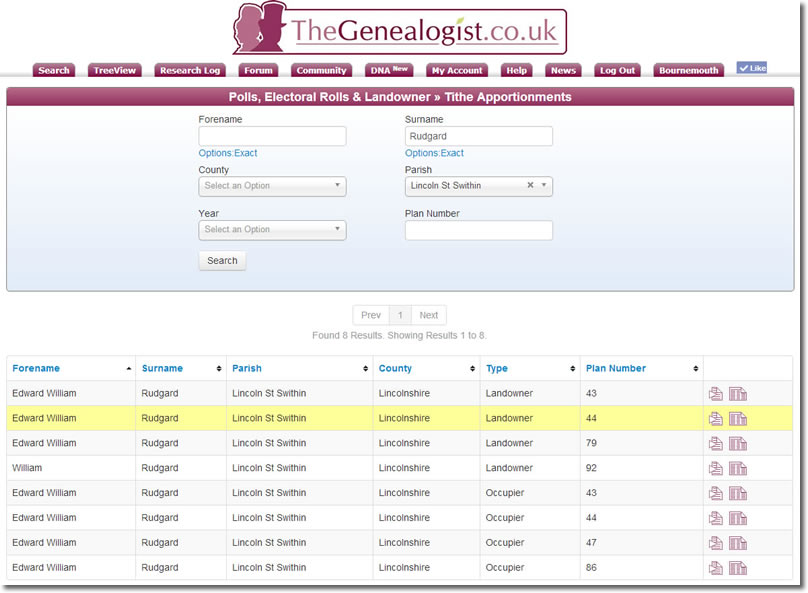 In this particular case, the transcription reveals that Edward William Rudgard was both landowner and occupier of plot number 44 (among others). Here is the reference for the original documents at The National Archived (linked to TNA's website).

The high resolution apportionment record scan gives further details: Rudgard's plot include a kiln, coal yard and paddock. The plot is 1 acre, 2 roods and 6 perches in size – certainly worth tens of thousands today! The final column here reveals the 'rent charge' payable was 8 shillings a year.

In due course, TheGenealogist will digitise the available apportionment maps. They are at a highly accurate scale - this one from 1851 is at '2 chains to an inch', approximately 1:1500 (a chain is about 20 metres). This shows exactly where Mr Rudgard's coal yard was - using the plot number. 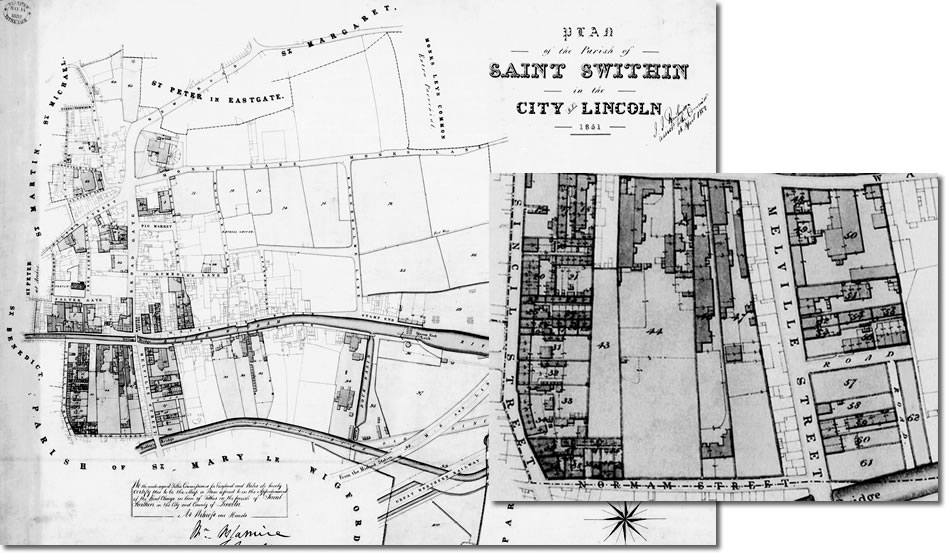