The roots of the Trucker Earl 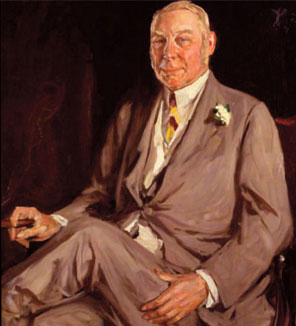 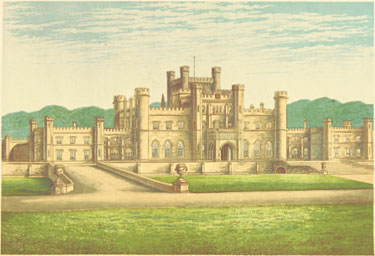 In recent times the one time long-distance lorry driver, Hugh Lowther, has had a very public spat with his family. As he is the 8th Earl of Lonsdale, various newspapers ran the story in May 2014. The Daily Telegraph reported that “even in death, the feud will continue, given Lord Lonsdale’s refusal to be buried in the Lowther family mausoleum”. The Earl is quoted as saying in the national newspaper that “I’m going in my garden. Why should I mix with the Lowthers when they’ve been such *******s all my life?”. The present Earl had already fallen out with his father over many things by the time he inherited – one of which was his first marriage in 1971. Rather than the bride being a member of the aristocracy, as his father would have preferred, she was a student nurse and the daughter of a railway crossing keeper. The marriage didn’t last – neither did the second – and he is now married to Elizabeth (née Arnison).

Lord Lonsdale has an adopted son from his first marriage who was born by artificial insemination and so does not stand in succession to his father’s titles under the law of the land. It will be Hugh’s half brother, the Hon William James Lowther – the son of the 7th Earl by his second wife – who is the next in line to the earldom.

Lord Warden of the Marches

The Lowther family descends from Sir Richard Lowther (1532–1607), of Lowther Hall, Westmorland who had served as Lord Warden of the West Marches – the western border that exists between England and Scotland. The family can be found in the 1615 & 1666 Cumberland & Westmorland Visitations within the Peerage, Gentry & Royalty records available on TheGenealogist.co.uk and they also have entries under the name Lonsdale in The County Families of the United Kingdom also on TheGenealogist. The title Earl of Lonsdale was created twice in British history, firstly in the Peerage of Great Britain in 1784 (becoming extinct in 1802), and then in the Peerage of the United Kingdom in 1807. Both times it was for members of the Lowther family.

Searching in the Newspapers and Magazines record collections on TheGenealogist to see what I could discover, I found a guide to travelling in the Lake District in The Illustrated London News from August 1851 which detailed that the 1st Earl owned collieries and possessions that extended over a large portion of the counties of Cumberland and Westmorland.

When TheGenealogist announced recently that it was adding the colour tithe maps of Westmorland and of Surrey to its already extensive collection of tithe schedules and greyscale maps for England and Wales, I was intrigued to see what sort of holding of land I could discover the Lonsdales had held back in the early days of Queen Victoria’s reign.

Searching for Lonsdale and the keyword of Westmorland in the Tithe & Landowner records on TheGenealogist returned me 1900 hits for various parishes across the county. They all seem to be in the ownership of the Earl and in some parishes tithes were payable not only to the vicar but also to the 1st Earl in his capacity as a ‘lay impropriator’. These lay beneficiaries gained their rights to be paid the tax where former monastic lands had passed into private hands from the time of the dissolution of the monastic houses. 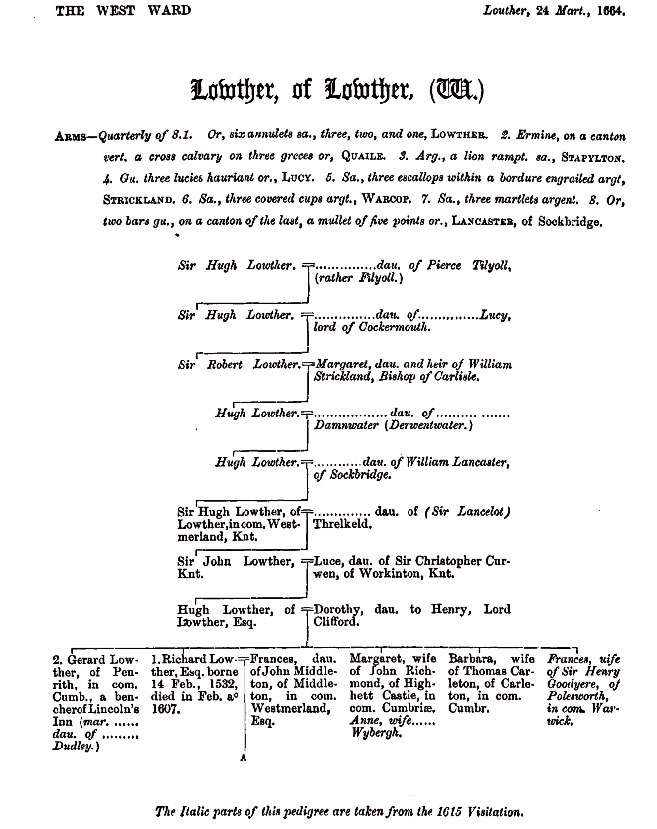 The death of the 1st Earl of Lonsdale, The Illustrated London News, 6 April, 1844

The death of the 3rd Earl in The Illustrated London News, 2 September, 1876

The Illustrated London News report on TheGenealogist provided me with the name of Lowther Castle as the family seat in Westmorland. I then found the castle and Lowther Church appearing on the edge of a tithe map for Askham, though not on the map for Lowther. This can occur when the tithe had been bought out and previously abolished. Askham parish, however, is a good example of a tithe map that contains mixed plots of fields, dwellinghouses with gardens and woods all occupied by ordinary folk from the various levels of society. Along with the accompanying schedules these tithe records are a great way to find where your ancestors lived.

The Illustrated London News reported that when the 1st Earl died in 1844 his remains were consigned to their last resting place in the family mausoleum in the parish church of Lowther. This is presumably where Hugh, the current Lord Lonsdale, does not wish to be interred when his time comes, from his outburst in the 2014 newspaper interview!

The passing of one of the Lonsdales would often see a mention in the newspapers and a search of The Illustrated London News on TheGenealogist returns a snippet plus an image of the late 3rd Earl in 1876 as a follow-on from an obituary published by the paper the week before.

The most colourful of the Earls was the 5th, who was also named Hugh. Known as the Yellow Earl because of his fondness for the colour, he was the son of the 3rd Earl and succeeded to the title and estates on the early death of his elder brother St George Lowther. The Yellow Earl inherited a vast amount of wealth, but he was irresponsible with his money and had to sell various of his properties and move out of Lowther Castle within his life. It was left to his younger brother Lancelot Lowther, who followed him as the 6th Earl, to hold the largest English Country house sale in 1947 to try and recoup some of the squandered fortune.

This colourful peer kitted out his servants in yellow livery and had a fleet of cars painted in the colour. As a founder and first president of the Automobile Association (AA) it is not surprising that the organisation adopted his yellow livery. As an avid sportsman and bon vivant he also was known by some as “England’s greatest sporting gentleman”, being a founding member and the first president of the National Sporting Club. In 1909 he donated the original Lonsdale Belts for the boxing championship trophy. His interests covered fox hunting and grouse shooting, as would be expected of a landowner, but also encompassed football. He was a director and onetime chairman of Arsenal football club in 1936, later to become its honorary president.

After the Yellow Earl’s death the titles and land passed to his brother, Lancelot, whose son, Anthony was to die before his father and so it was his grandson James that was next to inherit. James Hugh William Lowther, the 7th Earl was the father of the present Lord Lonsdale.

Under his stewardship a number of new businesses such as, Lowther Construction, Lowther Forestry Group, Lowther Park Farms and the Lowther Wildlife Park were established and these helped to restore the family’s fortunes.

The Ruination of Lowther Castle

A productive use for Lowther Castle, however, could not be found and so in 1957 James had to reluctantly decide to remove the roof, buttress the walls and leave it as a picturesque ruin.

In the early years of World War Two the castle had been requisitioned for the war effort to be used by the army for tank development. When the house was returned to the family in the middle of the 1950s the family could not afford the upkeep and so they offered to give it away to the National Trust or similar institution; however, in those depressed post-war years they did not find anyone to take them up on this offer. In order not to have to pay taxes on it the Earl stripped the castle and removed the roof leaving a shell of the building. 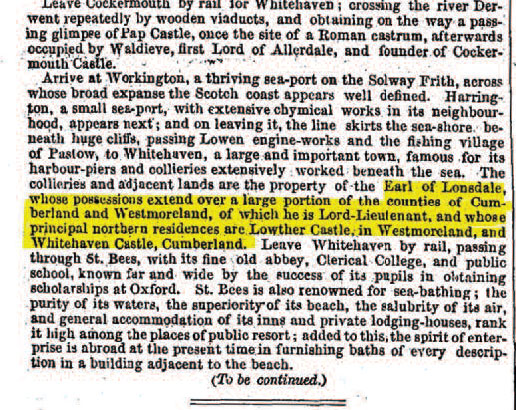 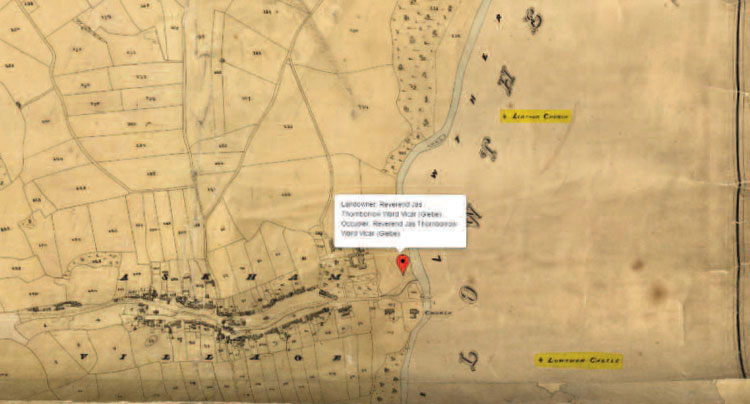 The Parish of Askham tithe record on TheGenealogist

Parish of Sockbridge tithe, 19 April 1839, payable to vicar and Earl of Lonsdale

More positively, the 7th Earl established the famous annual Lowther Horse Driving Trials and Country Fair that attracts thousands of visitors to Cumbria each year – a famous devotee of the trials being Prince Philip, who competed regularly while staying with the Queen as guests of the Earl of Lonsdale and his family at Lowther, in Askham Hall.

The current Lord Lonsdale was in the news again recently when he put Blencathra mountain up for sale. On the death of his father, in 2006, he was presented with a £9 million inheritance tax bill and began selling assets to meet this debt. A Turner painting and some disused farm and cottages sold, now it was the turn to put ‘Saddleback’ mountain on the market rather than evict some of his tenant farmers and sell the land that they worked.

Before he inherited the earldom on his father’s death in 2006, Hugh Lowther had spent 15 years as a long-distance lorry driver. Having gained the title he was then faced with a legal battle to inherit the estate. A year after his father died, Lord Lonsdale launched a legal action against his half-brother, Charles Lowther, a cousin, Viscount Ullswater, and his stepmother, Caroline Lowther, in which he claimed to have been disinherited “in all but name”. In a High Court writ, the new Earl claimed that his father had made an “illegible mark” on legal documents but a few days before he died. The outcome of these papers would have meant that he would receive less than a fifth of the rental income from the estate.

By 2009, the dispute suddenly ended when both sides of the argument came together and issued a joint statement that stated that Lord Lonsdale accepted that his relatives had acted “entirely properly” and that he now withdrew all claims against them. Notwithstanding this, the current Earl of Lonsdale’s words in the national press make it sound that an accommodation was reached but that he might still be bitter.

The fortunes of the landowners of Victorian Britain may have waned since the tithe surveys were done between 1836 and the early 1850s. It is fascinating to use the National Tithe Collection on TheGenealogist to discover who owned or occupied what plot of land at that time – even if it is just an orchard or a cottage and garden with your ancestor’s name recorded against it in the records.