The Greats of Greetings Cards 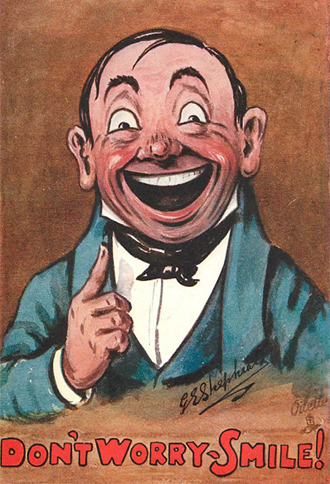 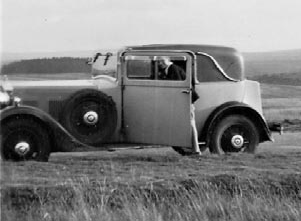 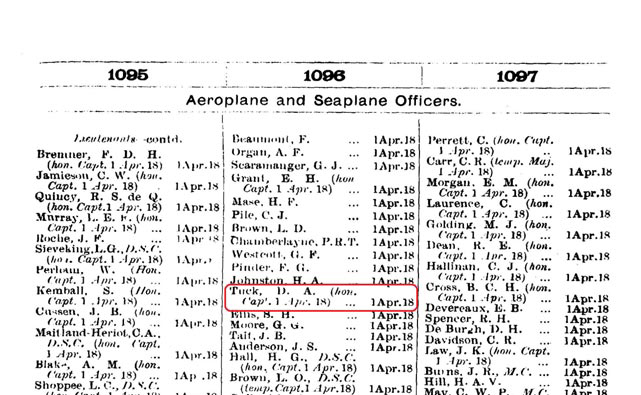 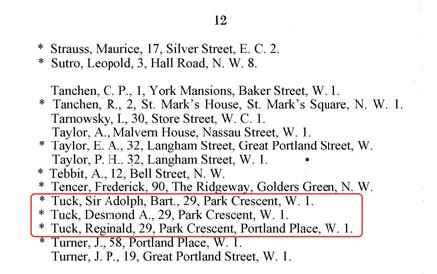 Seatholders at the Central Synagogue 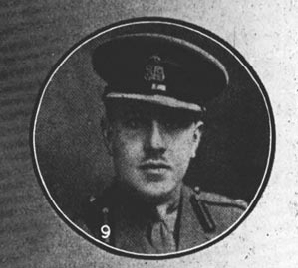 As the Christmas cards come down for another year this month and some New Year wishes arrive in the post, I pause to remember that my own grandfather had at one time been a travelling salesman for Raphael Tuck & Sons, the greetings card and postcard manufacturer. I never met my granddad as he passed away the year before I was born, but my dad told me stories about his father packing his samples into the boot of a Morris Oxford 6 Special Coupe. I eventually got a picture of the car, from my cousin, and this showed the boxy vehicle with a large boot into which my grandfather could carry his cases of cards – though the framing of the snap leaves a bit to be desired where the photographer has cut off the nose of the vehicle.

The company that gave my grandfather employment had a long history in the Christmas card market, despite the family that owned it being of the Jewish faith. Not surprisingly they also did a line in Shanah Tova cards for the Jewish New Year in the early autumn.

The founder, Raphael Tuck, was a German émigré who published a broad range of cards. It had been from a little shop in London’s Bishopsgate area that he and his wife Ernestine set up a picture business in October 1866. The family were Prussian Jews who had immigrated to Britain with their seven children – four boys and three girls. From a search of the Overseas, Home Office Naturalisation collection on TheGenealogist we can find the 1875 naturalisation record of Raphael as a British subject with his certificate numbered A1503 and a date of 30 January 1875.

Their company began selling pictures and greeting cards before expanding to also include postcards. The latter product was to become the most successful of their lines, with their business being best known in the ‘postcard boom’ of the late 1800s and early 1900s, but greeting cards were also important. In Victorian times the first Christmas greetings cards began to appear; however, their subjects were secular and it fell to Tuck to spot there was a market for Christian-themed cards, which he began to supply alongside the non-religious lines.

By the time that my grandfather was employed by the firm, Raphael Tuck & Sons was being run by the grandsons of the founders. Raphael had died in March 1900, with his wife Ernestine having passed away five years before. The company was then managed by their sons Adolph, who had joined his father in 1870, and Gustave and Herman, who had come into the business a year later. Adolph was the second son, Herman having been born five years earlier in 1849, though it was Adolph who became the managing director. Their younger brother Gustave directed the book and calendar departments, while Herman handled the financial side of the family business. The firm continued to expand under the leadership of Adolph until his death on 3 July 1926. He had been created a baronet on 19 July 1910 and so, with his death, the baronetcy passed to his eldest son William Reginald Tuck, who usually went by his middle name of Reginald. Sir Reginald and his brother Desmond Tuck continued in business together until Sir Reginald’s death in 1954. At the time between the wars, when my grandfather worked for them, Reginald and Desmond’s uncle Gustave held the position of chairman. This we can find from a search of TheGenealogist’s Occupational records, where we discover their entries in the 1936 Directory of Directors.

The earlier outbreak of the First World War had seen the company lose its profitable German branch as although the Tucks were of German descent they were seen by the German authorities as a British firm and therefore an enemy enterprise. The government there seized the German side of the Tucks’ business and sold all of its assets. Meanwhile, back in the UK, the two sons volunteered for service in the British Army, as they were already commissioned officers in the Territorial Army reserve. Their regiment was the 3rd County of London Yeomanry (Sharpshooters) and from the Army Lists on TheGenealogist we can see that Reginald had been commissioned as a lieutenant in 1906. In the war he would rise in rank to become a major.

His brother, Captain Desmond Adolph Tuck, first joined the same regiment, gaining his commission as a lieutenant in 1910. He later transferred to the Royal Flying Corps and, when it was formed in 1918, he then became an officer of the Royal Air Force. We are able to discover Desmond Tuck’s campaign medal card on TheGenealogist and see that he had also been awarded the Croix de Guerre by the French. On mobilisation at the outbreak of war in 1914 with his regiment, Desmond Tuck served in the Gallipoli campaign until the regiment’s evacuation to Egypt. He later transferred to the Salonika front, where he became attached to the French Service Aéronautique. He carried out intelligence operations from the air, and this resulted in him being involved in two crashes, and it was at this time that he was recognised by the French and awarded the Croix de Guerre. Transferring to the RFC as a flight commander, he was later said to be engaged in work relating to the German U-boat threat.

Searching for other war records for Capt. Desmond Tuck leads us to look at the Air Force List for April 1918 in the Military Records on TheGenealogist and we can also see that he was reported as wounded in the official Casualty Lists for 21 October 1918.

As we know that he transferred to the Royal Flying Corps, this leads us to another record set that we can consult on TheGenealogist, the Members of the Royal Aero Club, where Desmond is shown to have been a member of the club from 1917.

In the Rolls of Honour and Service, within TheGenealogist’s Military Records, we are able to find the Tucks in the British Jewry Book of Honour, 1922, where both of the officers’ photographs were published to mark their service in the war.

To discover where Reginald and Desmond Tuck were educated, a search of the Educational Records on TheGenealogist finds that, before they entered the family business, they appear listed in the Clifton College Register as past students of this school.

Central to their life

The family were very much involved in the Jewish community and so one of the record sets that is useful to use in our research is the Jewish Synagogue Seatholders, also on TheGenealogist. As well as their seatholdings recorded at the Central Synagogue, the members of the family are also noted at the front of a number of the lists in various capacities. In the 1925 edition we can see that they hold positions of warden, one of the representatives at council and as a member of the board of management.

We can see from their listing that they all give their address as 29 Park Crescent. By using the Map Explorer we can quickly ascertain that Park Crescent is at the top of Portland Place and is an easy walk to the nearby Central Synagogue in which they were all so involved.

The house was quite large, as we note from the 1911 census, which records there being 22 rooms. By consulting the field book that accompanies the Lloyd George Domesday Survey records for No. 29, and which are digitised on TheGenealogist, we see a rough thumbnail plan of the house and read the description provided by the surveyor. While the handwriting is difficult to decipher we can make out that the house is on five levels beginning with a basement with tiled walls throughout and ending with the third floor where there are three bedrooms. The second floor has five bedrooms and two bathrooms with hot and cold water and the house boasts two drawing rooms, a library, a billiard room, a smoking room and a wine cellar among various other rooms.

As we know of their involvement with their synagogue, from the records we have already seen, a search of the Trade, Residential and Telephone Directories reveals that the Central Synagogue was on Great Portland Street not far away and we can see it marked on both modern and historical maps on the Map Explorer.

The history of the synagogue itself can be found from a search of the Jewish Chronicle in April 1905 from the Newspapers and Magazine collection on TheGenealogist. The population of London’s Jews had moved west from the East End and so there was a need for a place of worship to be set up closer to where they lived. The first building that the new Central Synagogue occupied was a converted warehouse at 120 Great Portland Street.

Then the foundation stone for a new synagogue was laid by Baron Lionel de Rothschild on 18 March 1869, and the building at Nos. 133–141 Great Portland Street was completed in the following year.

Unfortunately, in the Second World War the synagogue was bombed and destroyed by the Germans in 1941. Their building destroyed, the community now held their services at the Adolph Tuck Hall, Woburn House until 1948 when they returned to a temporary synagogue in the basement of the Great Portland Street site. It is not a surprise that the Adolph Tuck Hall, that had played host to the displaced worshipper at Upper Woburn Place WC1, had been built at Jews College in commemoration of Sir Adolph and shows yet more of the family’s involvement in the Jewish community of London. Eventually, in 1958 the Central Synagogue was rebuilt back in Great Portland Street and is still there today.

From this trail through the records, it can be seen that the family that gave us the Christian-themed Christmas card had very strong roots in the Jewish community of London. Their business amalgamated with two others, to become part of the British Printing Corporation that was renamed British Printing & Communications Corporation in 1982. This then became the Maxwell Communications Corporation with the infamous Robert Maxwell at its head in 1987. Today there is quite a market in old Raphael Tuck cards on auction sites and among collectors, though sadly the business is no more. 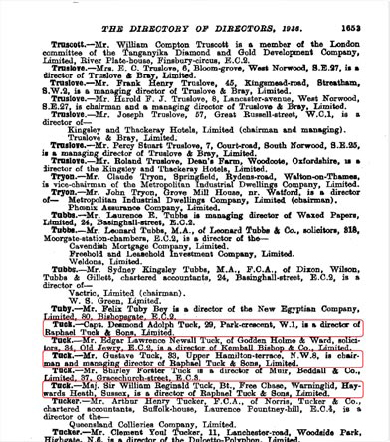 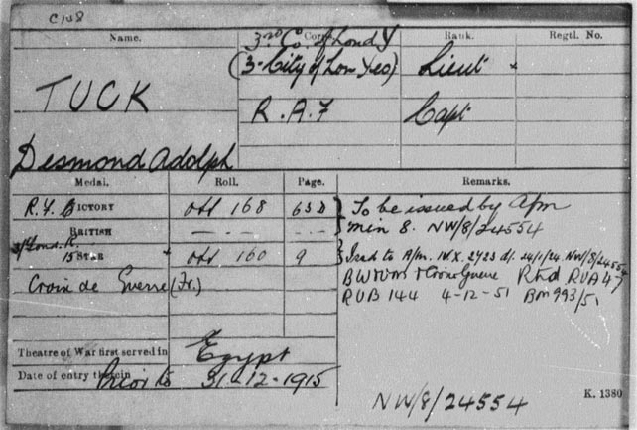 Capt. D.A. Tuck was reported as wounded as found in the Casualty Lists from TheGenealogist 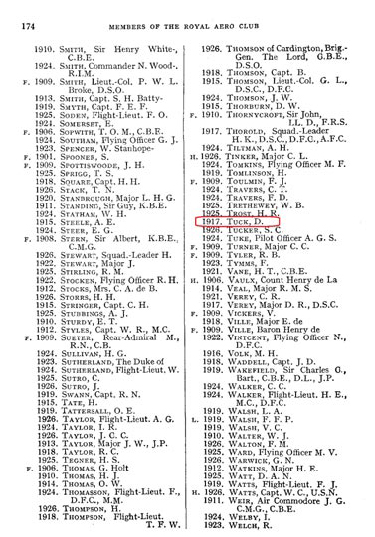 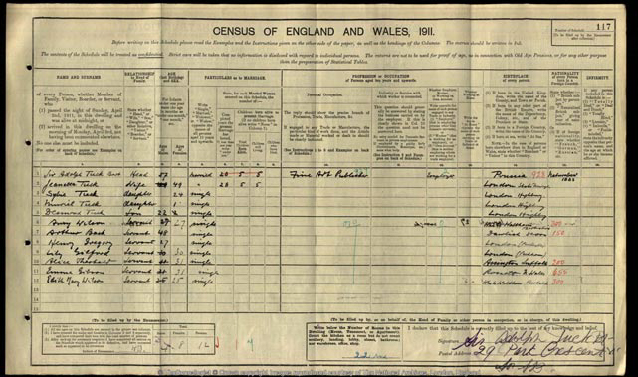 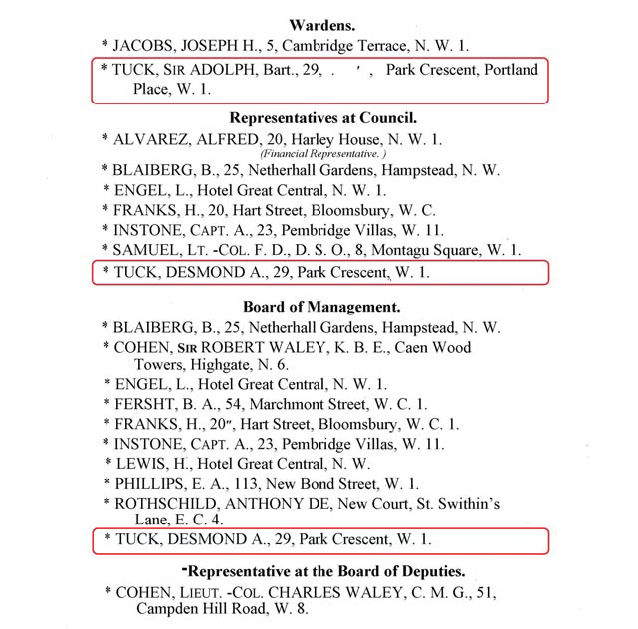 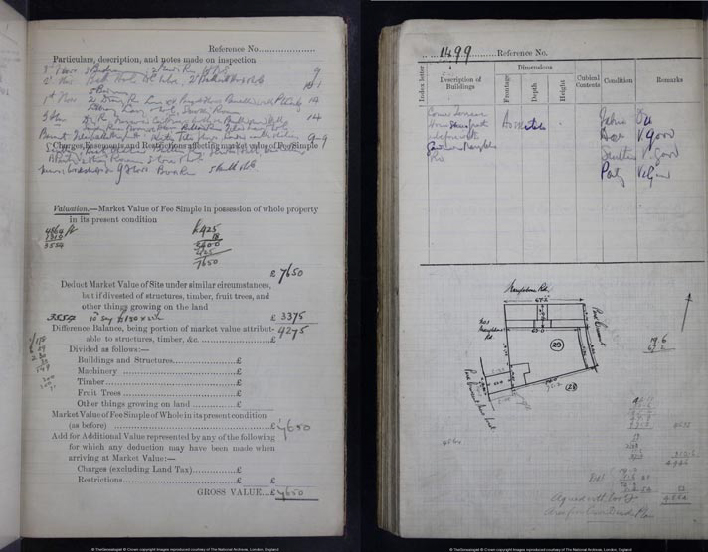 A history of the Central Synagogue in the Jewish Chronicle