As a nation of shopkeepers we have, over time, produced a number of iconic brands and businesses that have become so well known, they are easily recognisable to shoppers from across the globe. One of these unmistakable businesses is Liberty of London. Originally set up with just three employees in 1875, to sell fabrics, ornaments and objets d’art, its founder was Arthur Lasenby Liberty – whose family history we can trace using TheGenealogist's resources.

The Regent Street business he set up today has its main entrance on Great Marlborough Street – but Arthur Liberty first opened a shop at East India House, 218a Regent Street, in 1875. After expanding the square footage of the original site by acquiring the neighbouring properties, Liberty then moved his business to premises up the road at 140– 150 Regent Street. Its current Tudor revival building is a landmark building from the 1920s, and it was built using the timbers of two old Royal Navy ships – HMS Impregnable and HMS Hindustan. Arthur Liberty Jnr was born in Buckinghamshire in 1843, a draper’s son from the market town of Chesham. The tithe apportionment record for the town, dated 16 January 1843 and available as part of TheGenealogist's National Tithe Collection, shows us that Arthur Liberty Snr rented a house, draper’s shop, outbuildings and a yard on the High Street. The accompanying tithe map gives us an insight into where their plot was in relation to the market and the church. We can also easily trace the Liberty family through the censuses on TheGenealogist, and these show us that by the 1860s, Arthur Snr had become a lace agent and had moved north with his family to Nottingham. This East Midlands city was the centre of British lace making at this time, and so we can assume that this was the reason for the family’s move from Buckinghamshire. Meanwhile Arthur Liberty Jnr, by then aged 17, was now living in the Marylebone area of London. There, he was working as an assistant silk mercer and, with eight other assistants, living under the roof of 40-year-old silk mercer John Weeks, at 54 Baker Street.

It was not so long before he had moved on, entering the world of retailing and his first connection to Regent Street. Arthur L Liberty’s entry in The Dictionary of National Biography 1912-1921, found on TheGenealogist, tells us that at the age of 19, he was appointed manager of Farmer and Roger’s Oriental warehouse in Regent Street. 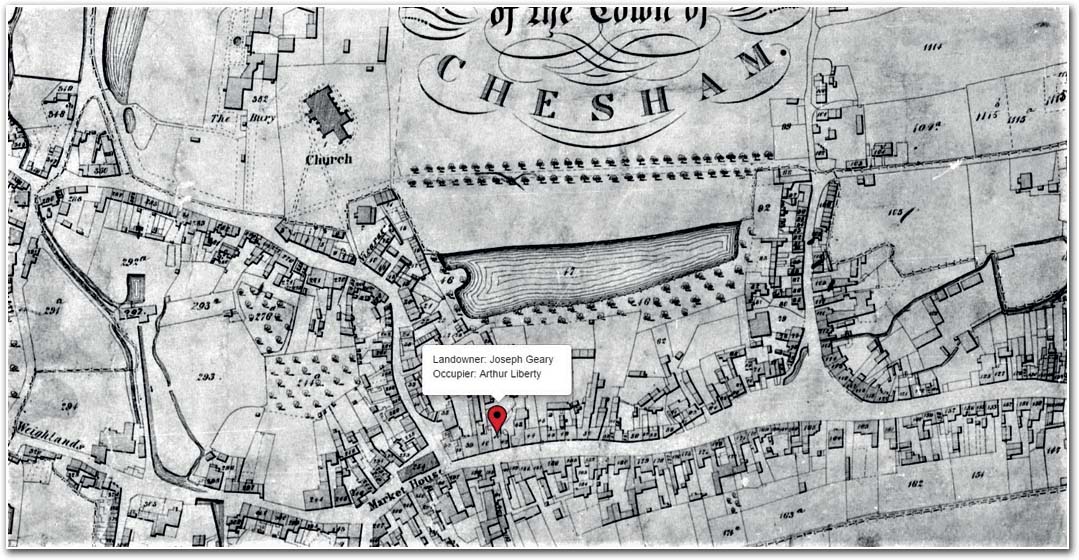 Between this census and the next, in 1871, Arthur got married – and then divorced. His bride was Martha Cottam, although it would seem that she was more commonly known as Ellen. Using the marriage records available on TheGenealogist, we are able to find the details of their wedding; this would also give us sufficient information to buy the certificate revealing that the service in 1865 was at St Pancras. Arthur was listed as a warehouseman, living in the parish, and he was of full age. His bride was a spinster from a neighbouring parish and while Arthur listed his father correctly as an agent, Martha claimed that her father, William, was a gentleman.

However, a search of the 1851 census on TheGenealogist – looking for a family group including William Cottam and daughter Martha – finds a 40-yearold ‘pensioner from the Police and Superintendent of Store Yard’ who had been born in Nottingham. He was living with his wife, Mahalah Cottam, his two sons and Martha, in a cottage belonging to the Store Yard in London’s Shoreditch parish. We can then find Martha’s mother, Mahalah, in the death records for the second quarter of 1865 – sadly, around the same time that Martha married Arthur Liberty. 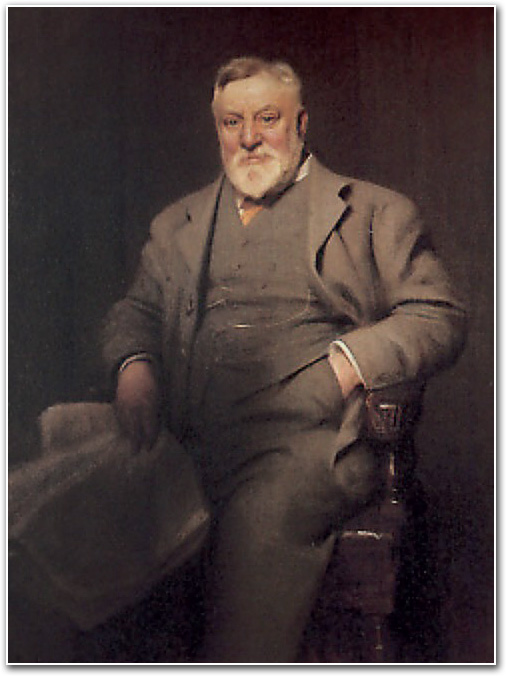 Fascinating research by Audrey Collins for The National Archives has revealed that this was not the first union for Arthur’s 22-year-old bride. It seems that in 1861, Martha had married Henry Wells, and a search for this wedding, using the marriage records on TheGenealogist, finds it. Audrey’s blog post on the TNA website, entitled ‘Martha’s marriages’ (http:// blog.nationalarchives.gov.uk/blog/marthas-marriages/ ) reveals that in 1863, Mrs Wells petitioned for a divorce on the grounds of Henry’s adultery and cruelty. She alleged that her husband ‘had not only committed adultery but had given her a venereal disease. He was also violent, having held a loaded gun to her head, and on another occasion hit her on the head with a lobster!’ Martha’s attempt to divorce her husband, however, was thwarted by her father-inlaw, who filed a court suit for a decree of nullity of the marriage. He stated that his son, Henry Wells, was actually named George Henry Wells and was only 18 at the time of the marriage. As a minor, the groom was unable to marry without his father’s consent – and as that had not given, the marriage had not been valid in the first place. What is more, the banns had been read, and the marriage performed, using only the groom’s middle name of Henry. This was a deliberate attempt to avoid detection by the younger Wells, knowing his parents would not give their permission for his marriage. The court found in favour of George Henry Wells’ father, and the marriage was duly declared null and void. With this outcome, Martha was prevented from divorcing her ‘husband’ and so got no recompense for his treatment of her during their time together.

Adultery and the actor from the Adelphi

Arthur Liberty’s marriage to Martha in 1865 was not to be much of a success either - but in this case, it was Martha’s infidelity that brought the union to an end in the divorce court. TNA’s website reveals that in 1869, Arthur Liberty filed a petition for divorce on the grounds of Martha’s adultery with a man known as Augustus Glover. The newspapers gave Martha’s occupation as being an actress, and they reported that she had carried on that career even after her marriage to Arthur. It doesn’t come as much of a surprise that the co-respondent in the case was also an actor. Augustus Glover had, the servants testified, several times ‘clandestinely passed the night in the house with her’ during August 1868, this being a time when her husband was away.

Glover can be found in some of the reviews of plays within The Illustrated London News issues on TheGenealogist, but he is rather more difficult to find in the other records. This is because Augustus was not his real name. Searching across the internet for him finds an entry in The Adelphi Theatre Calendar listing actors from this theatre – and it reveals him to be one Sidney De Fivas.

With his divorce, Arthur Liberty was free to marry again, although he waited until 1875 to sample matrimony again. This time, his bride was Emma Louise Blackmore of Exmouth, Devon, and he remained married to her until his death. We can find this information in several sources on TheGenealogist including Kelly’s Handbook to the Titled, Landed and Official Classes.

Kelly’s Handbook to the Titled, Landed and Official Classes

The entry in Kelly’s, accessed via TheGenealogist, tells us that Arthur Lasenby Liberty was a knight; his entry in The Dictionary of National Biography 1912-1921, states that it was in 1913 that Sir Arthur was invested with his title, for services to applied and decorative arts. From this and other records we can see that the lad from Chesham ended up as a Justice of the Peace and a Deputy Lieutenant for the county of his birth. Returning to the National Tithe Collection on TheGenealogist, we can also see the various land owned by Arthur Lasenby Liberty in Great Missenden, Buckinghamshire, in 1902. While most of the tithe records created under the Tithe Act 1836 are for the period between 1836 and the mid 1850s, some altered apportionments are recorded within them - as in this case. Altered apportionments occurred where there had been changes in ownership and changes in the way land had been divided. A number of these altered apportionments show us that our London store owner was, by this time, also a country landowner. Sir Arthur Liberty died on the 11 May 1917 at his home, Lee Manor in The Lee, Buckinghamshire, approximately two miles north of Great Missenden and just about five miles away from Chesham, the town of his birth.