Pillars of the establishment

The Gilliat family can trace their origins back to France from where they escaped in 1685 after the Revocation of the Edict of Nantes. This was at a time when many such Protestant Huguenots took refuge in England. Searching for information on the linage of the Gilliats we can turn first to an entry in Burke’s Landed Gentry 1914 Part 1 in TheGenealogist’s National Peerage, Gentry & Royalty collection.

This record reveals that the Gilliats’ ancestors had served in the navy of Louis XIV and then that of William of Orange; but by the time of the turn of the century this family had become so much part of the British establishment that its menfolk now served its adopted country as merchants, bankers, lawyers, justices of the peace and as officers in the British Army. 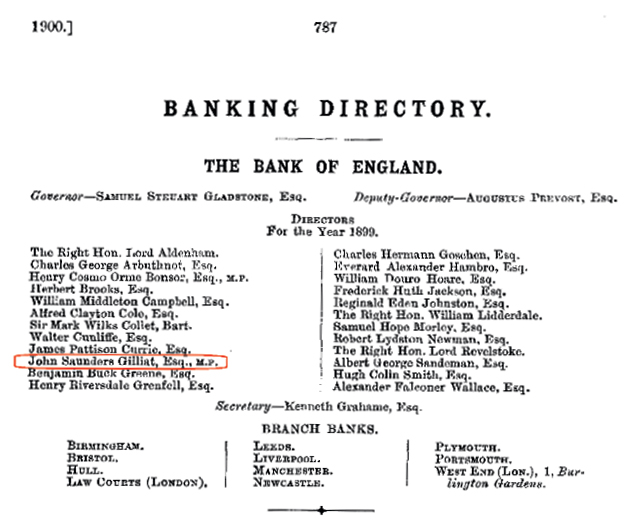 The Solicitor’s Diary, Almanac and Legal Directory 1900 reveals that John Saunders Gilliat had become a director of the Bank Of England 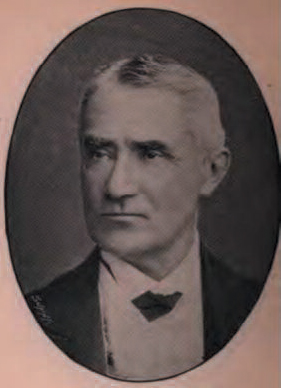 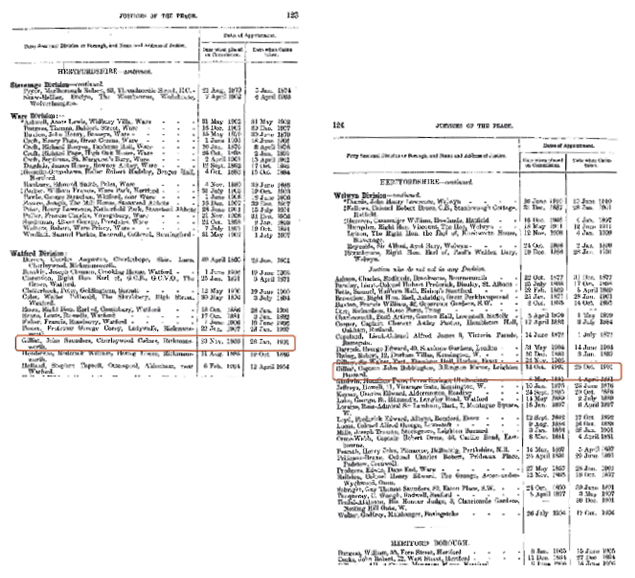 Governor of the Bank of England, MP and tobacco baron

Head of the family in the early 1900s was John Saunders Gilliat, who was not only a merchant but also a banker and a Conservative politician. John S Gilliat was born on 24 November 1829 and died on 11 February 1912. From within the Occupational records area on TheGenealogist, The Solicitor’s Diary, Almanac and Legal Directory 1900 reveals that he was at one time a director of the Bank Of England on top of his other duties. Another resource that we can use to discover more about this gentleman is the Who’s Who 1897, which can also be found on TheGenealogist and discloses that Gilliat had actually served a term as the governor of the bank in 1883. We also learn from this publication that he was a member of Gilliat and Co, tobacco importers, and that his father was JK Gilliat of Fernhill, Berks. This particular gentleman was John Kirton Gilliat, the founder JK Gilliat and Company, a merchant banking company that traded in England and America. The entry also provides us with the details that John Saunders’ education had been at Harrow public school and then at University College, Oxford and we also discover that he became the MP for Battersea.

TheGenealogist has a number of educational records available to its subscribers that we can use to research ancestors within. In this particular instance one that is useful to us is the Harrow School Register 1801-1900 which contains an entry for John Saunders Gilliat – from this we learn that he left Harrow in 1848, and got his first degree from Oxford in 1851 followed by a MA in 1856. His governorship of the Bank of England is listed as having run from 1885 to 1885 and we also find out that he had been an MP for Widness in Lancashire from 1892 to 1900 – this after having previously held the parliamentary seat for Clapham between 1886 and 1892.

Searching under Law, in the Occupational records on TheGenealogist, it is also possible to identify that in 1901 he was a justice of the peace in the Watford Division of Hertfordshire. His son, Captain John Babington Gilliat, was likewise a JP, but in the Welwyn district of the same county.

Having now identified John Kirton Gilliat as the father of John Saunders, we can go on to find his will within the Wills records on TheGenealogist and discover that it had been proved for probate on 23 October 1850 by the Prerogative Court of Canterbury.

The 1871 census records has John Saunders Gilliat listed as an ‘American Agent’, married to Louisa from Rothley in Leicestershire and their son, John Babington, is a two-year-old with four older sisters. The family lived in Paddington and we can see they had a number of servants to look after them at 9 Westbourne Street, Paddington. 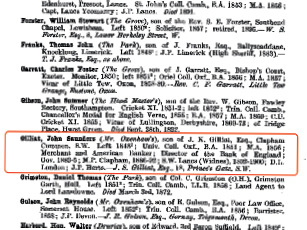 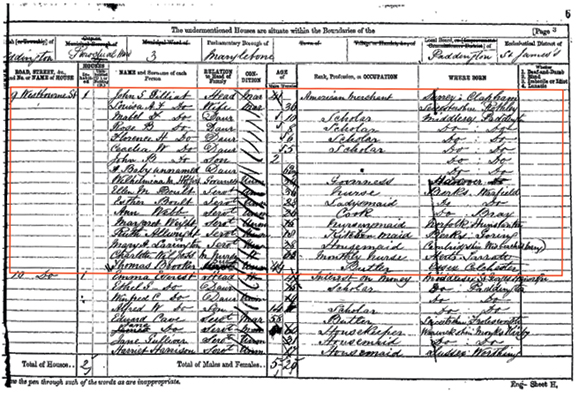 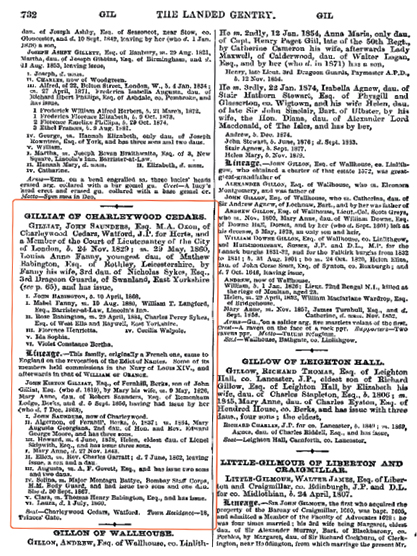 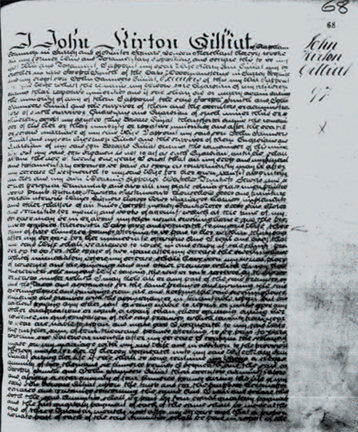 Turning next to the Kelly’s Handbook 1918, from within the Peerage Gentry & Royalty records on TheGenealogist, we are able to ascertain that Lt-Col John Babington Gilliat had not only had a military career, having served in the South African war in 1900 and being awarded a DSO, but was also a barrister of the Inner Temple having been called to the bar in 1894.

Perusing the extensive military collection on TheGenealogist finds a record of this officer’s DSO long with a short profile of him that gives us more information – such as the fact that he had been mentioned in despatches, and details of his marriage to Muriel and his three children.

With the outbreak of WWI we can then go on to find his service recorded in the Army List of 1917. In this we find he had been made a temporary Lt-Col in the Hertfordshire Yeomanry.

There are a number of memorials and rolls of honour that can be searched on TheGenealogist and of particular interest to our research into this family is his inclusion in the roll of honour for the barristers of the Inner Temple who had served in the military during the war between 1914-1918.

By the time of the 1911 census the patriarch of the family, John Saunders Gilliat, was to be found at his London home, now at 18 Princes Gate in Knightsbridge. Here he is recorded as being a merchant and a banker. His son, the barrister and army officer John Babington and his wife were not present on that night – but their oneyear- old son Lancelot Antony Gilliat was. 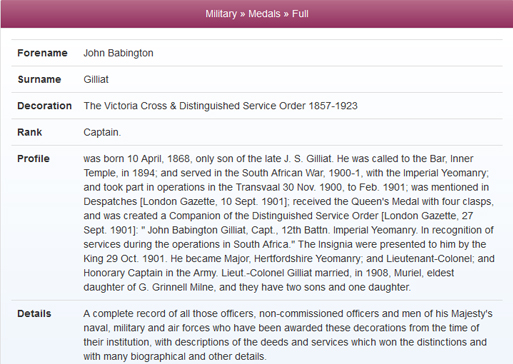 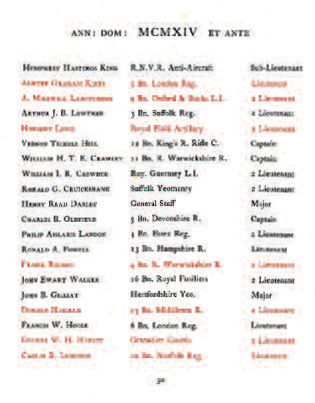 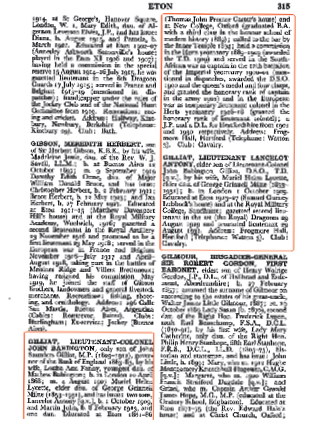 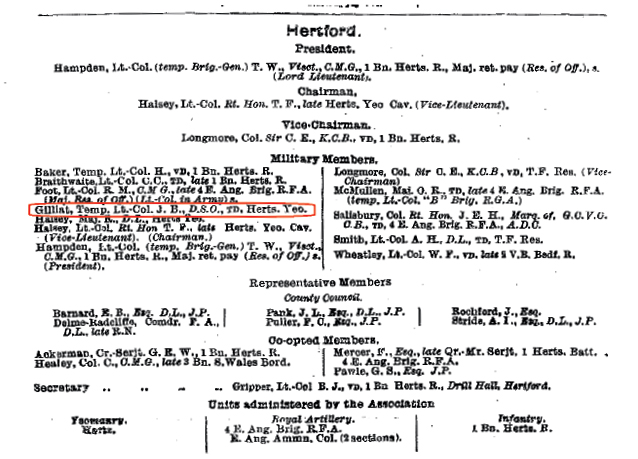 The British in India

While his grandfather was an Old Harrovian, Lancelot, like his father, went to Eton and so they can both be found in The Old Public School- Boys’ Who’s Who - Eton 1933. This alerts us to the fact that Lancelot grew up to be an army officer as well. We can note the dates of his time at Eton and at Sandhurst, plus we can find out the name of his regiment. By searching for Lancelot Gilliat in the Military records on TheGenealogist we quickly discover that his death occurred at the relatively young age of 25 and was recorded in army deaths for 1935. These records are for those deaths that have been provided to the GRO by army stations across the world; the index reveals that it was at Jhansi that Lancelot lost his life. This is in the years running up to Indian Independence in 1945 and was just before the Second World War – so we may wonder as to just how he died.

This station at Jhansi was in India. As TheGenealogist has recently added a number of fascinating records for the British in India, which includes various headstones from graves in the subcontinent as well as some memorials erected in churches there, we are able to search for Lancelot Gilliat in these. He is listed on a memorial in a church in Uttar Pradesh for those of the Royal Dragoons who lost their lives while serving in India.

Another result immediately attracts our attention – a memorial in St John the Baptist Church at Meerut that had been erected by his brother officers and reveals the unfortunate cause of his demise being from wounds sustained from a couple of tigers. It reads: ‘In loving memory of Lancelot Antony Gilliat, Lieutenant Royal Dragoons who died at Jhansi on the 22nd May 1935 aged 25 years and 7 months as a result of fatal injuries received when following up two wounded tigers.’

From 17th century France to the far ends of the British Raj, the Gilliats certainly have left a trail that can be followed through time. By using a variety of records found on TheGenealogist we have been able to discover more about a family that served Britain in the roles of merchants, justices of the peace and soldiers. We have seen that one of their number become a member of parliament and the governor of the Bank of England, while another succumbed to his injuries in British India in an unfortunate encounter with big cats. 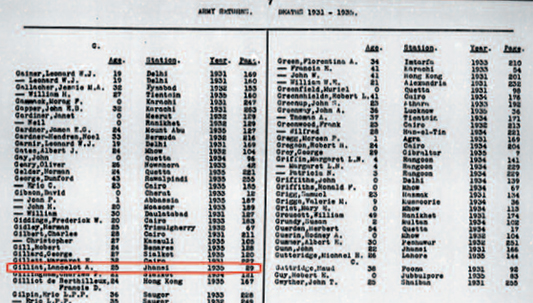 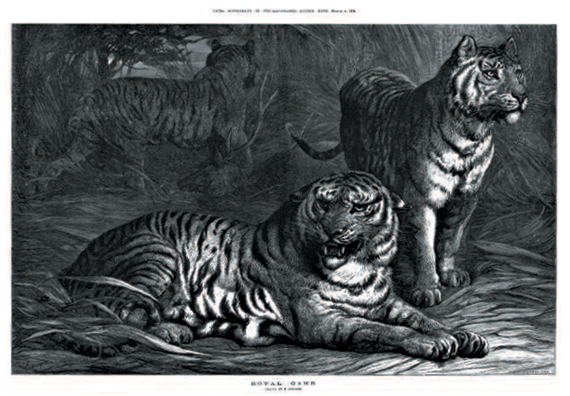 Tigers in The Illustrated London News on TheGenealogist