Ancestors magazine was published by Wharncliffe Publishing Limited and The National Archives. It has now ceased publication.

Those inspired by last month's Remembrance Day events to research their military forebears have a number of recent releases to help them. 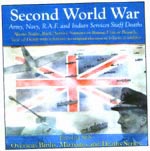 A good starter is Second World War Army, Navy, R.A.F. and Indian Services Staff Deaths (S&N £29.95), which contains the name, rank, service number or rating, unit or branch and year of birth of the men and women who died during the war. It does not include service details, but there are references to original documents, where available, to enable further research. 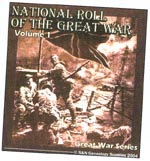 The volumes of the National Roll Of The Great War (S&N £14.95 each volume) list, by geographic area, some of the men and women who fought in the First World War, including both casualties and those who survived. Each individual's service is briefly summarised, carefully distinguishing between those who 'volunteered' and those

who 'joined', as a result of conscription. Home addresses area included. It's a mine of information for the family historian, giving many leads to follow up. Men and women who did war work in factories are also covered so a complete picture of an entire family's service can be reconstructed.

However, there are only rolls for a few towns and cities. S&N have so far published volumes for London, Bradford and Portsmouth. 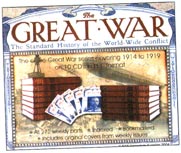 There is a full index of the 72 parts of The Great War (S&N 10 discs £39.95), which was an early part-work, published during the War. Illustrated with photographs and maps, it recounts the progress of the war, enabling the family historian to understand the political and military tactics of the time. The patriotic tone and emphasis on the enemies' shortcomings while minimising Allied errors is understandable, given the date of writing. What is particularly welcome, however, is the scope. Today, most people think only of battles in France and Belgium but events in all the many countries caught up in the conflict are examined. It was truly the first war to involve much of the world.