Many World War One records no longer exist. Does that mean that the men's stories have been lost forever? Chris Baker, who has researched thousands of individuals, explores the possibilities. 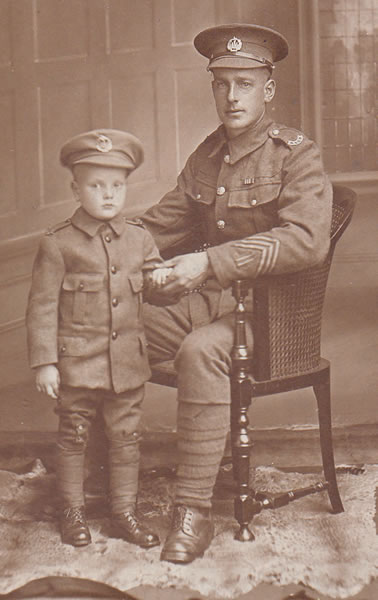 Let us first look at one man: James Jepson. From starting with little knowledge of his military story, we now know that he had a very eventful Great War. Born in Darwen, Lancashire in 1886, he enlisted in the regular army in 1904 and served with the Essex Regiment in Quetta in India during peacetime. Recalled from reserve in August 1914, he soon went to France with his regiment's 2nd Battalion. He survived the terrible battles of 1914 and was present when his battalion held an unofficial truce with the German's on 11 December 1914. But his luck was about to run out: James was wounded during the Second Battle off Ypres in 1915 and would suffer the same fate late in 1917. In between, he was rewarded for an act of bravery during the Battle of Arras in April 1917. James was reported missing after his unit came under heavy attack in the German Arras offensive of 28 March 1918 and spent the rest of the war at the prisoner of war camp at Gustrow in Mecklenberg, Germany.

Sadly his army service record has not survived, apparently being one of the hundreds of thousands lost to an air raid fire in 1940. So how do we know his story in such detail? The answer comes from piecing together the valuable fragments of information that can be found in other types of record. With some 60% or more of all service records having been destroyed, this is the task facing most researchers.

It always pays to assemble as much knowledge about a soldier as possible before beginning a search. The most important things to know are his regiment and number (and he may have more than one) but other things that will help are his age and where he came from. Medals, military documents such as discharge certificates or pension awards, photographs and letters can all give vital clues. Even birth, marriage and census information can provide useful basic clues for the researcher.

If you know your man's regiment and number, the best place to begin to build his story is with the campaign medal rolls. All men who went overseas, even if only for a short time and not necessarily even to a theatre of war, qualified for one or more of the medals. The index cards, originally produced as finding aids for the rolls but a useful resource in themselves, are available online at www.TheGenealogist.co.uk. Along with medals awarded, these records list name, regiment, rank and number and often a gazette reference (where applicable).

Where else can you look in order to develop your understanding of a soldier's story? Information about prisoners of war is another area that has opened up in recent times, thanks to two new digitisation projects last year that played a part in unlocking James Jepson's story. The International Committee of the Red Cross released a digital version of its records, which include an index card system and ledgers compiled in Germany, available at grandeguerre.icrc.org. The website is easy to use and a search can begin with just a name. Researchers may fond that several men of the same name are listed: luckily the German records almost always give not only the soldier's military details and the date and place of his capture, but his home address too. This is a considerable breakthrough: these records have hitherto only been available through a paper application, payment of a substantial fee and lengthy wait. To be able to find a man through his address, and from that confirm some military details that allow a more thorough search, is a major step forward.

The War Office casualty lists were also released last year, through TheGenealogist, and include names of men who were declared as missing and then at a later date confirmed to be in enemy hands. Along with the usual details, they include the man's place of residence or enlistment. The site also includes a list of all officers taken as POW, with the date of capture and repatriation in most cases and often the place of internment.

Jepson's story was also helped by availability of the War Office casualty lists. Complied as casualty reports came in from the units in the field, the lists were usually reproduced in the national press about a month after the man had been wounded. Local newspapers often also carried the information and thy can be a gold mine of information. In particular, the lists often gave the man's place of residence or enlistment alongside his name.

Newspapers are gradually becoming available to search in ways that were impossible before digitisation. TheGenealogist recently launched a version of the War Office lists and those carried by the Times, with powerful search capabilities. If you are stuck because you do not know the soldier's regiment or number, you can try entering his name and place of residence. Of course, not all men were wounded but a large proportion were and the lists may identify the soldier or at least provide a credible shortlist of "possibles" from which to work. 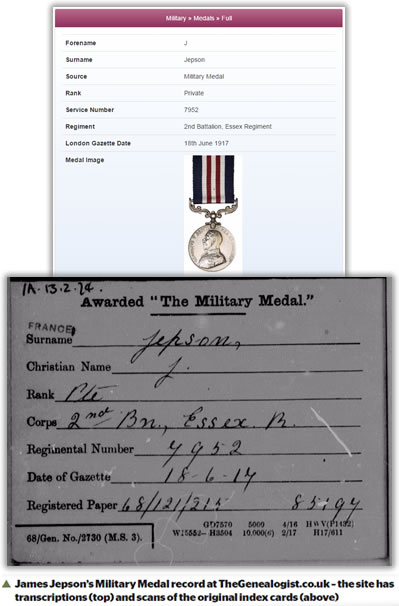 Once you know a soldier's unit and have an entry in a casualty list, the next move is to determine the event in which he became a casualty. The operational record of the unit, usually known as a war diary, may name him if he was hit during a relatively quiet period. At other times they may only say how many men were wounded. The diaries are in the process of being digitised, with digital versions now being available to download for a small fee from The National Archives website. The diaries often include maps, orders after-action narratives and other documents, particularly for the larger battles or when a unit mounted a trench raid. Many units and formations also have very good published histories which were often based on a combination of operational records and men's memories of events. TheGenealogist has begun to add these histories. Men are not often names individually but you may strike lucky.

The gallantry and bravery awards such as James Jepson's Military Medal were formally announced in the London Gazette. This newspaper also announced the names of those men who were mentioned in despatches. The Gazette is searchable online and in the suite of military collections at TheGenealogist the records of the medals link directly through to the relevant Gazette entry. Finding out why a man was selected for an award remains problematic, for no citations were published for a mention in dispatches or for the Military Medal or Meritorious Service Medal. Many studies have shown that the announcement in the Gazette was often around three months after the act of bravery, although this rule' tends to break down for actions in late 1918. The awards for that period appear in the Gazette throughout 1919.

Once the Gazette date is known, it is then worth looking at the war diaries. I have found countless examples where the diary of the man's unit does not mention anything, but that of the formation under whose command it came does. So if, for example, a soldier was in an infantry battalion, then also try its brigade and divisional headquarters. If you do not know which brigade and division is applicable, this is easily found on my own website The Long, Long Trail at www.1914-1918.net. Another good diary to examine is that of the division's adjutant, the officer responsible for discipline and administration: they often include lists of awards.

There is no doubt about it: digitisation is opening up wonderful opportunities for finding information about soldiers in what were difficult nooks and crannies for researchers. In many cases they are revealing important facts and linkages, especially valuable when a man's service record is lost or his medal details would otherwise lead to inconclusive results.

What if my ancestor died?

There are many resources that can give you details about those who fell in World War One. The General Register Office's index of WW1 deaths is held at TheGenealogist.co.uk and can give you the details needed to order the original certificate. The TheGenealogist also has a collection entitled Soldiers Who Died in The First World War' which was compiled by the War Office and published by His Majesty's Stationary Office after the war. Details include name, rank, regiment, service number, place of enlistment, place of birth, place and date of death, and can also list a cause of death and even decorations awarded.

The Commonwealth War Graves Commission (www.cwgc.org) is a great source, listing the 1.7 million men and women from Commonwealth forces who died in the two world wars, including photos of the cemeteries where they rest. TheGenealogist includes a handy SmartSearch' link to the CWGC site whenever you find a record of someone who died in the wars.

Finally Rolls of Honour are also found on the site, mainly listing officers, but can include other ranks. These have been compiled from school, college, and university rolls, listing former students who have fallen and also from other publications such as De Ruvigny's Roll of Honour. These records can be wonderfully detailed and sometimes include photos of the fallen. The example below shows Erasmus Darwin (Charles Darwin's grandson). 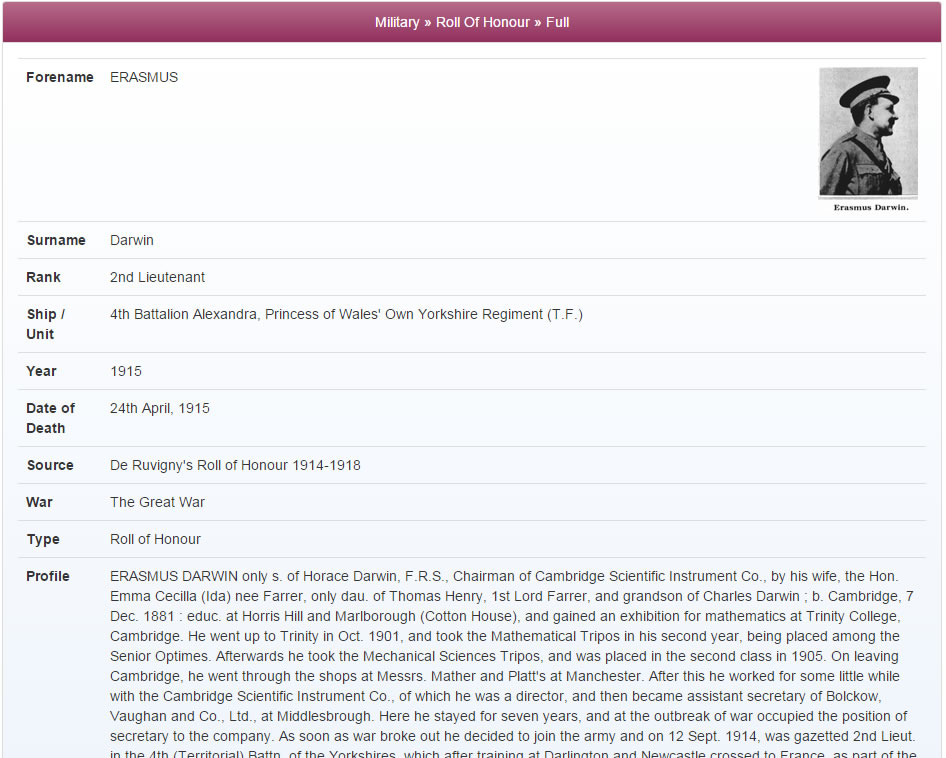 War memorials throughout the country honour those who paid the ultimate sacrifice. TheGenealogist.co.uk is running a volunteer project to photograph and transcribe these war memorials and already has over 180,000 records on the site. They often just list a name, rank and regiment, but the best thing about these records is finding out that an ancestor is honoured somewhere in the country and being able to view photos of the memorial. 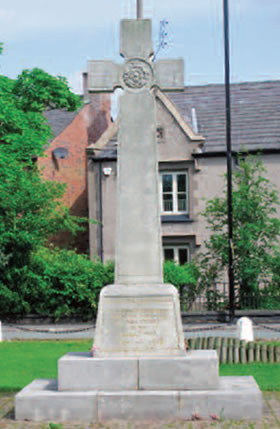