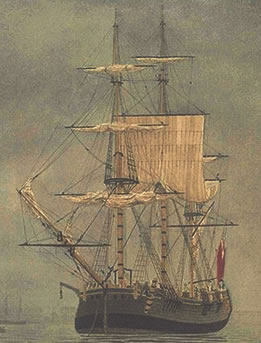 The first fleet, carrying the first European colony to settle in Australia, arrived in New South Wales from England in 1788 with 717 convicts aboard. By 1868, when the practice was finally abolished, over 160,000 men, women and children from all over Britain had been shipped to Australia as a punishment for crimes as minor as stealing a loaf of bread.

Records documenting the convictions of transportees and registers recording their arrival in Australia can be found in many document series at The National Archives (TNA) and TheGenealogist.co.uk has recently added to the number that have been digitised and indexed online from series HO10 and HO11.

Its collection starts with the First Fleet and is made up of convict lists, general musters and ledger returns going up to the mid-19th century. They list male and female convicts in the colonies, with details of their sentences, employment, settlement in the country, the land and cattle acquired by them and other information. Names of those who were granted a pardon can be searched up to 1859 and there is an early census of settlers and convicts in NSW taken in 1828.

The advanced search allows users to look for records by name, ship year, location and record set. Subscribers to TheGenealogist's Diamond Premium package can search and view the records. 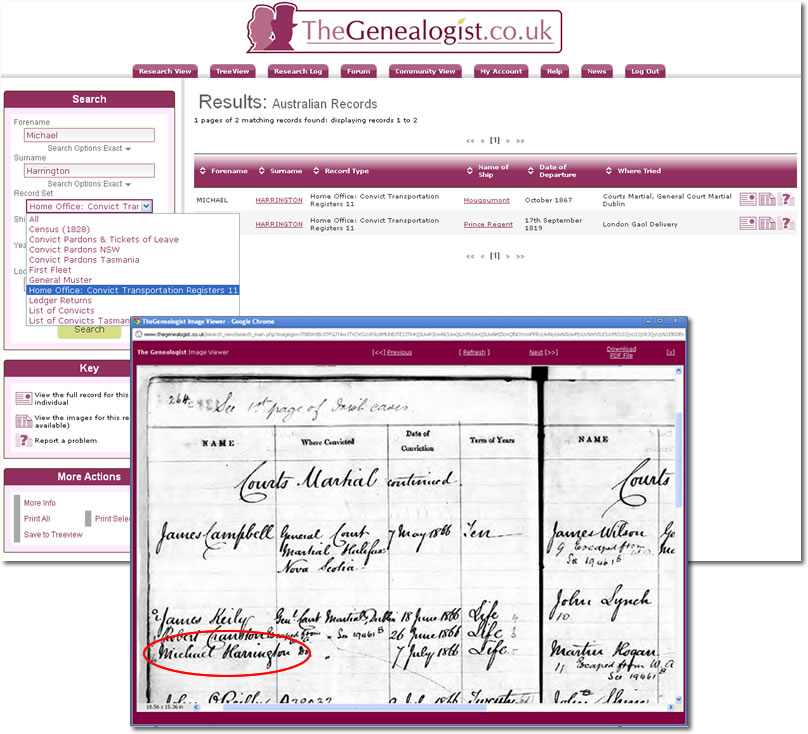 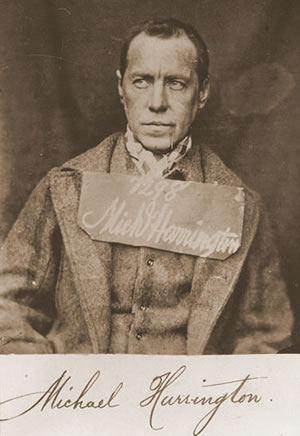 Michael Harrington was one of the many Irish Fenians rounded up by the British in the 1860's and transported to Australia. The Convict Transportation Register from TNA series HO11 shows they were court martialled in Dublin (above) and that a number of their group, including Harrington, later 'escaped from WA' (Western Australia). This escape was orchestrated in 1876 by Irish supporters living in America, and became known as 'the Catalpa rescue' after the name of the barque that successfully smuggled the escaped convicts back to New York. 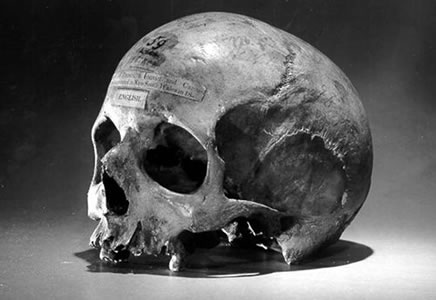 Included in TheGenealogist's records is convict Alexander Pearce, transported to Tasmania (previously known as Van Diemen's Land) in 1819 for stealing six pairs of shoes. His record was found in HO10/43, being an incomplete list of people transported to Tasmania between 1817 and 1821. Pearce escaped from the settlement in 1822 and, after being re-captured, was tried again and sent to the secondary penal establishment Sarah Island in Macquarie Harbour.

From Macquarie, Pearce and seven other convicts planned an escape. While two handed themselves in and returned to the settlement, the other escapees turned to cannibalism in the face of extreme starvation and began killing other members of the group for food. After several months Pearce was captured, being the last survivor of the group. Several films have been produced portraying the story of Pearce and his fellow escapees. Pearce escaped again the following year with fellow convict Thomas Cox, and was captured within ten days. Parts of Cox's body were found in his pockets and he was taken to the Supreme Court in Hobart, where he was convicted of murder and cannibalism. He was hanged at Hobart in July 1824.

These convict records are joined by a selection of 20th-century directories for Australia and New Zealand, plus the Australian Biographical Dictionary 1934 and several Rolls of Honour on TheGenealogist.co.uk