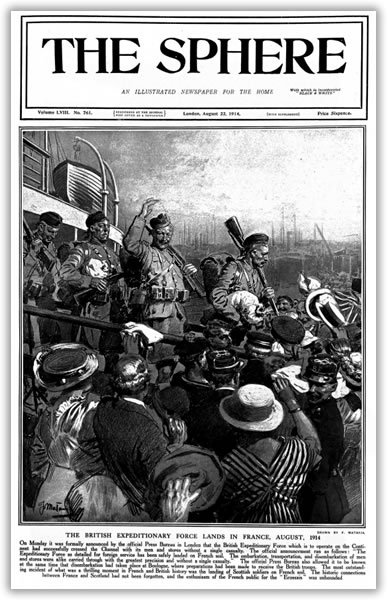 With the centenary of World War One starting in a few months' time, there is a huge surge of interest in the 1914-18 period, encompassing the history of the war itself, the lives and times of people on the home front in those years and of course for those researching ancestors caught up in the conflict.

Newspapers of the era are a key resource for all of the above, and its great news therefore that www.TheGenealogist.co.uk has released an exclusive collection of issues of The Sphere newspaper relating to the early months of WW1.

The collection so far comprises every weekly issue from 8th August 1914 (only a week and a half after the outbreak of the war) until 26th June 1915. These are all available to Diamond subscribers at the site, along with other useful titles (see the box below), and the site will be adding further issues of The Sphere during the course of 2014.

The British newspaper (subtitled 'An illustrated newspaper for the home') covers general news stories from the UK and around the world, with much of the overseas news being reported in detail as the title was particularly targeted at British citizens living in the colonies. It also contains many illustrations.

The Sphere became part of the same stable as the Illustrated London News (many issues of which are also available at TheGenealogist) and was published weekly from 27th January 1900 until the closure of the paper on 27th June 1964. The first issue came out at the height of the Boer War and was no doubt a product of that conflict and the public appetite for images.

The Sphere was founded by Clement Shorter (1857-1926), who also founded Tatler in the following year. Many well-known artists and photographers of the day had their work featured in The Sphere, along with writers including Thomas Hardy. The British Library and the National Library of Scotland hold copies of the entire publication run of this newspaper – but for anyone researching the WW1 period, this new collection offers much more convenient access from your armchair.

War Illustrated: a British War Magazine with reports and pictures of events and battles during and after the war from August 1914 to February 1919. These issues give a great insight into our ancestors' war efforts, full of fascinating articles, providing weekly accounts on the progress of the war as it happened.

The Great War: History of the World-Wide Conflict: This consists of 272 issues from February 1914 to November 1919, full of illustrations and information gathered by a team of war correspondents at the time. Each issue has been scanned in full colour. 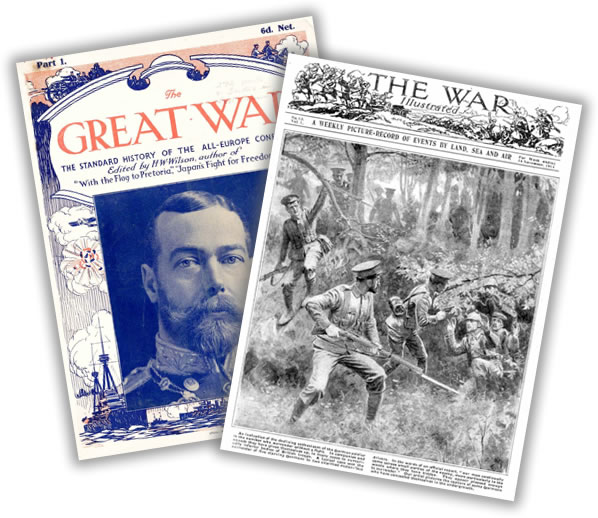